An outstanding young man
Died in the Talkeetna Mountains doing what he loved, riding snowmachines. 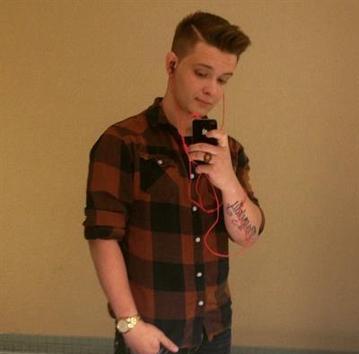 Jacob Delos Harris, 19, passed away suddenly due to a tragic accident, on Sunday, Feb. 26, 2017, in Talkeetna, Alaska.
Jacob was born on June 22, 1997, in Palmer, Alaska. He was home schooled and was part of the Alaska Military Youth Academy. He was able to work for his grandpa's business. He and his family attended the Church on The Rock.
Jacob was born as a gift to his family after years of fertility troubles for his parents. He was a super energetic and gifted child who was home-schooled with his younger brother and sister by a very privileged mother. His passion was riding whatever his dad would show up with - dirt bikes, four-wheelers and particularly snowmachines. He also loved to work on them, discovering he had a natural ability to "fix" things. He experienced a lot of quality moments with his family hunting, fishing and flying with his Grandpa. Jacob was a family oriented young man. He never spent a holiday away from home. He made friends easily and had a charisma that attracted people to his warm and caring heart and zest for life. He loved people and judged no one. He was a lifelong member of Church on the Rock in Wasilla. He accepted Jesus Christ as his Lord and Savior at the age of seven on a dirt pile in the front yard of the home he lived in. He led his younger brother, Skyler, to Jesus on that same day. Jacob lived life on his own terms and wanted to have his own choices, sometimes to the worry of his family. He recently had made the choice to enter into long term recovery from drug addiction and re-dedicated his life to Christ and in turn shared this precious revelation with his friends. He had his whole life ahead of him with hopes and dreams of a bright future. He had the word "prosperity" tattooed on his arm. He said that, to him, prosperity meant a blessed life with the scores of people who loved him. He was tragically taken, at the age of 19, from his family in a snowmachining accident in the Talkeetna Mountains.
Jacob is survived by his parents, John and Dawn Harris of Wasilla; brother, Skyler Harris of Wasilla; sister, Elena Harris of Wasilla; grandparents, Bill Stearns and Char and Kenny Daniels of Talkeetna; grandparents, Kenda and Phil Smith of San Diego, Calif.; aunts and uncles, Sarah Stearns of Seattle, Wash., Vikki and Ron Drover of Wasilla, Phil and Shanda Harris of Bend, Ore., Derek Race of Talkeetna, Dawn Jones of Talkeetna, Chris J. and Erin Smith of San Diego, Calif., and Larry McCauley of Anchorage, Alaska; first cousins, Cassidy Race of Seattle, Wash., Jesse and Jason Drover of Palmer and Anchorage, Alexandra, Christian, Levi, Zoey, Emma and Caleb Harris of Bend, Ore., and Ben, Jenna and Kyle Smith of San Diego, Calif.; great-aunts and great-uncles, Ron Harris of Anchorage, Jan and Linda Willette of Auburn, Wash., and John Zimmermann of Denver, Colo.; and many second and third cousins of Washington, Oregon and California.
Donations can be made to Petersville Search and Rescue www.petersvillecomunitynpc.org, or P.O. Box 13392, Trapper Creek, AK 99683.